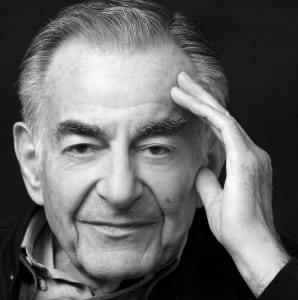 The Foundation was proud to bestow the 2010 Distinguished Citizen Award to Wilmette resident and District 39 friend, Walter Reed. Over 180 friends and neighbors celebrated this remarkable man at the Michigan Shores Club on May 18, 2010. Walter’s endeavors during his life, including his service during World War II, his advocacy on behalf of children with special needs, and his ongoing service work with Rotary, International exemplify the meaning of the word “citizen.”

Walter was born Werner Rindsberg in Germany in 1924 and spent his early childhood in Bavaria. In June 1939, his family put him on a train for Brussels as part of a children’s refugee rescue program. Eventually, he made his way to La Hille, France, where he and 100 other Jewish children were hidden from the Germans. He was able to leave France in 1941 for New York, where his mother had relatives. It was not until much later in his life that he learned that his parents and siblings had perished during the Holocaust.

In 1943, he was drafted into the United States Army and was offered citizenship. He changed his name to Walter Reed. He served in the United States Army, arriving in France shortly after the Allied invasion of Normandy. After the war, he received a degree in journalism from the University of Missouri and worked successfully for many years in the public relations field.

Walter and his wife Jeanne moved to Wilmette and raised three sons, all of whom attended District 39 schools. Following the birth of his first son, who was born with cerebral palsy, Walter became a special needs advocate, working closely with former District 39 Superintendent Sam Mikaelian. Walter’s community service has included leadership on the Boards of the Chicago Metropolitan Planning Council and the Anixter Center. He is a nineteen-year Rotarian and is active with the Illinois Holocaust Museum.

The topic of Walter Reed’s acceptance speech was the motto that has guided his life: “You have to pay rent for the space you occupy on Earth”. The story of his remarkable childhood and lifelong service is an inspiring one, and the Foundation was pleased to invite junior high and high school students to attend the event with their parents.

A Certificate of Appreciation was presented by Cub Scout Pack 8, Wilmette to Walter Reed.