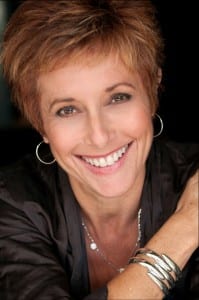 In 2006, the historic Wilmette Theatre was about to go out of business, the space destined to become a furniture store. Carole Dibo, a Wilmette resident, District 39 volunteer, and actor, had a vision for a local theater. With her husband and two business partners, Carole purchased and refurbished the historic theater, creating a vibrant community hot spot for live productions, feature films, and special interest movies.

The District 39 Educational Foundation was proud to honor Carole as the recipient of the 2011 Distinguished Citizen Award. Friends, family, and community members joined to celebrate Carole’s contributions on Tuesday, May 3, 2011 at the Michigan Shores Club. A special musical tribute to Carole was presented by the talented young actors of the Actors Training Center.

Carole is a long-time friend of Wilmette District 39 schools, and has been sharing her talent for teaching the fundamental skills of acting and performing with our community for over 22 years. As an active D39 parent volunteer, she imparted her passion for the creative arts through the McKenzie School McClubs’ Drama Program, and the Highcrest and WJHS Variety Shows. She used simple theater games and improvisation to teach children how to listen first then react, how to take risks, how to work from an honest place, how to share feelings, and how to work as an ensemble.

Sitting in the back of the theater and watching an audience enjoy something that was created through sheer will, tenacity and passion is the ultimate feeling of accomplishment,” Carole has been quoted as saying in interviews. Carole’s approach to teaching and developing young talent has brought her nationwide attention, prompting Casting Directors from all “three coasts” to seek her out. Many of her students have gone on to find work in professional theater, film, and television. Clearly, Carole has made an indelible mark in our community.

Carole’s influence on young actors in Wilmette increased exponentially with the mission of the new Wilmette Theatre. Under her guidance, the Theatre’s performing arts mission expanded to include The Actors Training Center (with an enrollment of over 200 Chicagoland students), the ATC Repertory Company (staging 10 productions/year with committed youth actors), and a latest venture, the Wilmette Theatre Education Project (a non-profit arm of the Wilmette Theatre).