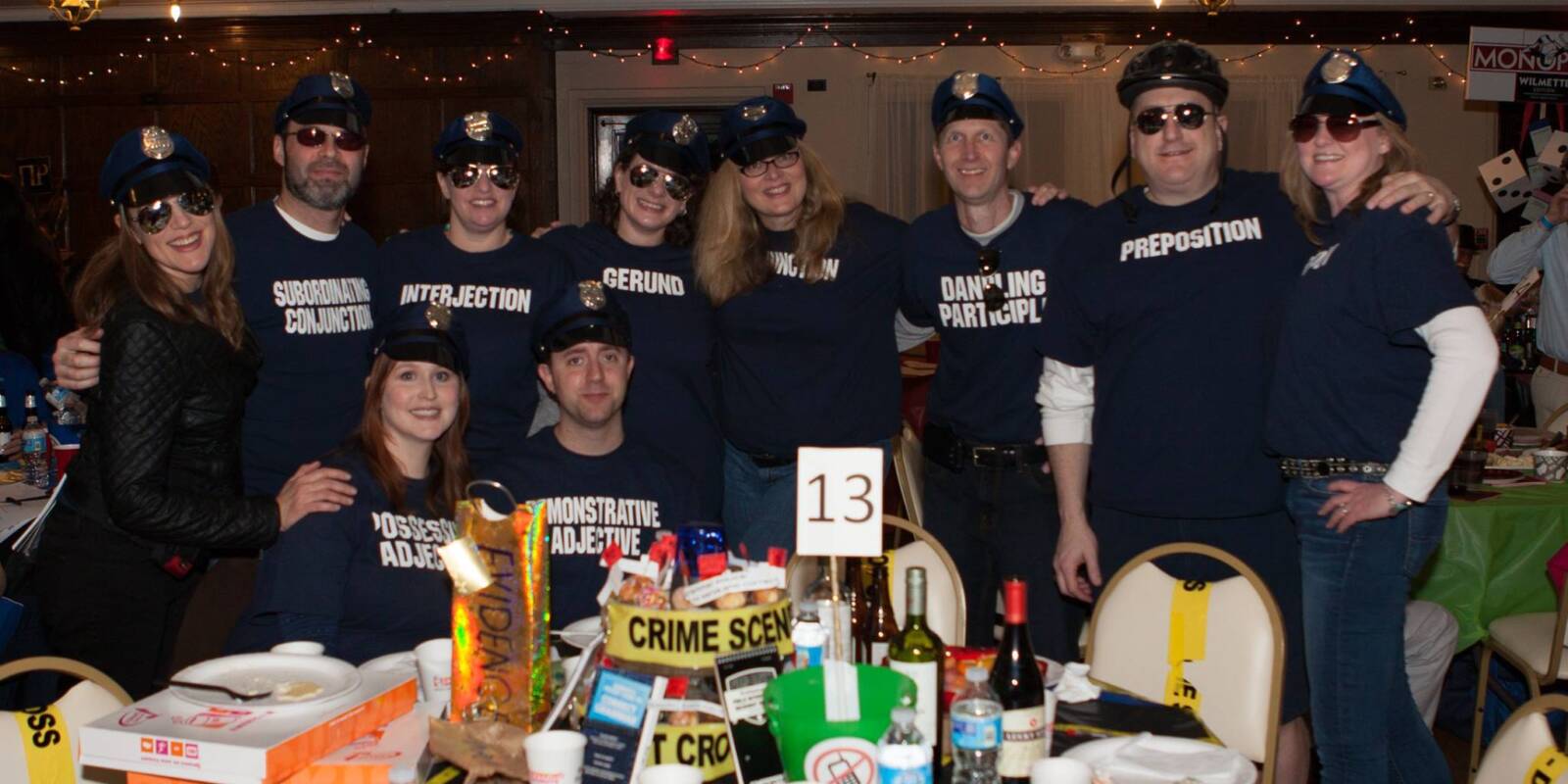 On Saturday, February 7th, 2015 over 200 friends, neighbors, and trivia buffs formed teams and came to the Woman’s Club of Wilmette dressed according to their own creative theme.

The Disgraced Olympians, Trivia Gods, The Love Boat, Wilmette Monopoly, and Retro Bowlers were just some of the teams that competed.

After displaying impressive knowledge of random facts  in 7 rounds of trivia, the winner of the 3rd Annual Trivia Night was named.

Thank you to all who participating in the 3rd Annual Trivia Night!